The westernmost of the Small Isles 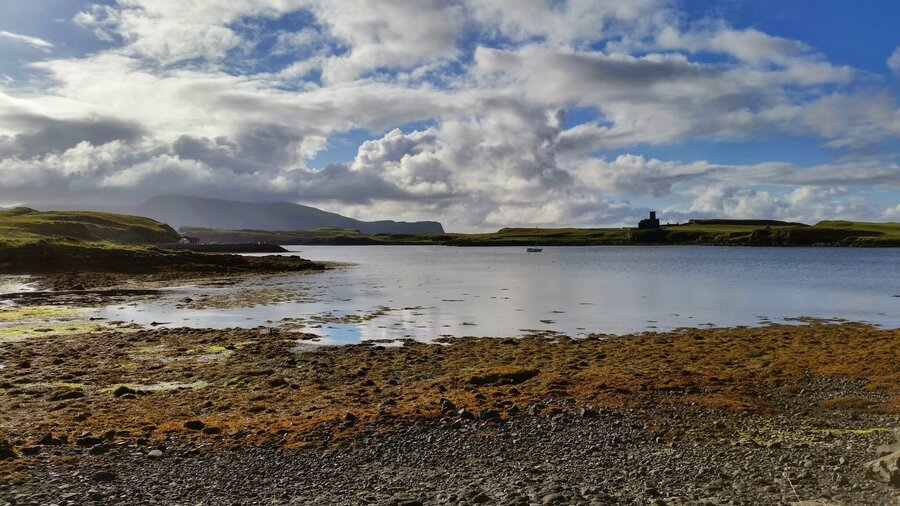 Canna, despite being just four miles long and one wide, is a place of natural beauty. Its huge nesting seabird populations have led it to become an area of special scientific interest; many of the popular walking routes have been designed to take in the array of local wildlife.

The coast is stunning in its own right - take in the prominent formation known as Compass Rock, due to the effect its magnetic rocks have on compass readings, via a stunning woodland path or take the West end route, following the coastal cliffs to take in early settlements and the remains of the island's nunnery.

Like many of the Scottish islands, spirituality forms a large part of the island's history.

There are two churches on the main island, and another on the connected isle of Sanday. A short walk from St. Columba's church on the main island, you can visit the remains of the ancient settlement of A' Chill, and an early Christian cross carved in stone, thought to have been carved between the 7th and 9th century.

Please note that there is no mobile phone reception on the island. You should be aware of this in case of emergencies.

For more information, visit the Isle of Canna website.

See all nearby properties

Recent from the blog, communities and projects